How can the security industry better enable monitoring and servicing of remote infrastructure? One tool may be wireless and mobile video, both as live transmission and as recorded archives. 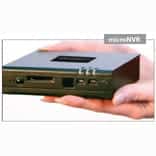 Firms large and small are focusing on mobile and edge systems as the next surveillance frontier. Some are pursuing display of video on cell phones and tablets; others on development of ‘smart’ wireless cameras, including sensors or analytic.  Relentless improvements in camera performance at lower cost are transforming that segment.

My colleagues and I focus on streaming video from multiple wireless sources over different radio frequencies. Advances in wireless streaming should enable further use of display and camera innovations.

There are different behaviors of different wireless spectrum; timing and latency issues; display and camera management issues at the user’s end; lack of connection persistence (cellular); and bandwidth limitations. IP cameras are generally designed for local area wired networks, where most of these limitations don’t apply.

Let’s consider a few of the elements that determine the quality of a mobile video stream. Bandwidth is one, and is measured in kilobits (Kbs) or megabits (Mbs) of data per second. Cellular networks are asymmetric in the download direction. This is mostly because carriers want to push content (video, audio) down to handsets. This makes it relatively easy for a server to send video to a cell phone or tablet, but difficult to stream quality video from a cellular device.

Cellular 3G can provide average upload rates up to 1 Mbps, although typical performance is 30 Kbps to 350 Kbps. Newer 4G systems (LTE or WiMAX) can provide average upload speeds of up to 2 to 5 Mbs, although coverage is spotty. Compare this with a typical video stream, which varies depending on image and compression parameters, from a minimum of 30 to 50 Kbps for CIF (tiny images at low frame rates), to well over 70 Mbps for high-resolution and high-frame rate megapixel cameras. You just don’t have the bandwidth to upload full resolution, full frame rate video over cellular, let alone sending the video from multiple cameras over the same link.

Average connection bandwidth is only one issue, however. Actual bandwidth at any instant is highly variable — a 100:1 variation from second to second is common, even from a stationary location. Other factors that create challenges for video transmission are that cellular connections are often intermittent and the IP addresses of mobile devices are variable, leading to dropped frames, gaps in the video stream and difficulty in mapping cameras to IP addresses. On top of that, each cellular service provider adds their own peculiarities to their network behavior and policies.

In some situations, cellular may not be available or reliable when needed due to a disaster, weather or other causes. Or, a non-cellular radio spectrum may be desired for its permitted user base, cost or other reasons. For instance, some public safety agencies have P-25 data networks, which can provide reliable, but really limited, bandwidth with a maximum capacity of about 96Kbps. Or satellite could be used, but it is expensive and may suffer from extended latency. These networks are designed to survive disasters but are expensive, slow and may have long latency.

Our developers have created an end-to-end system that addresses the issues described above, and offers the flexibility needed for high-performance video streaming. This software is optimized for a palm-sized computing and local storage device that uses any cellular carrier’s 3G/4G USB modem, satellite terminal adapter, or P25 data modem to stream several USB and/or IP cameras per device, to a viewing station anywhere on the Internet. The device can automatically switch to alternate communication technologies, including satellite or WiFi, to provide the best bandwidth and/or reliability.

Provided a minimum bandwidth is available, high quality video will continue to be streamed to the user. GPS tracking data is embedded in the streams, so the position of any device is recorded and displayed on a scrolling map. Any number of devices (and cameras) can be installed, and video can be made available to any number of user-stations, or via a Web interface in a browser.

Users can control individual wireless or mobile cameras, for example, for PTZ functions, and the system also records camera video at full resolution and frame rate for later transfer. While these features are common in high-end VMS systems with wired network cameras, bringing these features to wireless or mobile cameras is substantially more complex.

The wireless system was unveiled at the recent ISC West security conference in Las Vegas. As part of the demonstration, a vehicle was driven from Los Angeles to Las Vegas with three cameras streaming live video for the entire trip (5 hours), over 3G and 4G connections back to a server in Los Angeles. Low-cost Hi-Def USB cameras were used (the system supports IP, night, and specialized cameras). Cell service was mostly 3G, with bandwidth as low as 50 Kbps.

Nonetheless, video quality was good, with the system automatically adjusting for variable connection conditions, gaps between cell towers, and other conditions. In another demonstration, a user in Asia with only an ordinary laptop with the software and a 3G connection, streamed live video for several days from multiple cameras located in Los Angeles (9,000 miles away), while controlling the PTZ functions. Again, video performance was good, even over bandwidth of generally 30 to 150 Kbps.

What does this wireless and smart camera technology mean for infrastructure owners or managers? Systems that are carefully designed and optimized for cellular networks are now available for remote infrastructure and asset protection. Viewing capability can be integrated with intruder or other data sensor triggers or analytics. Viewers and users can be located anywhere. Finally, locations without permanent installed wireless cameras can be monitored by service vehicles equipped with mobile cameras.

Video can be monitored at base locations, by service providers, or by government regulators, showing infrastructure status, damage or repair activity, and to record the same for liability, regulatory, training or other purposes. In the event of equipment failure, weather impact, natural disaster, human service error or criminal act, wireless and mobile video solutions are now available to assess and manage the problem.

By Ulrich Neumann, with Robert Ehlers

Ulrich Neumann is a Professor of Computer Sciences at the University of Southern California, and CEO of Sentinel AVE, LLC, a developer of specialized video streaming, display and management software. He can be reached at: [email protected]

Robert Ehlers is CEO of Hautespot Networks Inc., which designs and produces wireless micro network devices for video and other data streaming. He can be reached at: [email protected]