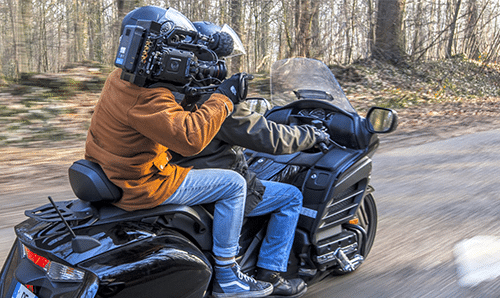 Starting with the 2018 Tour de France, Agence France-Presse (AFP) will provide real-time pictures of the event using PRO180 video transmitter. AVIWEST’s system features a unique, compact design that fits into a backpack or motorcycle saddlebag and leverages up to eight 3G/4G modems simultaneously to allow automated push transmission of photos.

“For the past two years, AFP and AVIWEST have been working together to adapt the PRO180 video technology to instant professional photo transmission,” said Yves Tassel and Karim Menasria, IT managers at AFP.

This capability gives the editors of AFP access to photographs taken in the field in real time whereby reducing the time to publish from hours to minutes.

The first large-scale test was successfully conducted during the Tour de France in 2017, with thousands of photos sent in real time. With this technological innovation, AFP photographers can now use 3G/4G mobile networks in the field to send real-time images of the race, while riding on a motorcycle. This greatly enhances the live coverage we are able to provide to our customers.

Perfect For Photo Coverage Of Any Public Event

The PRO180 will be used by AFP during every stage of the 2018 Tour de France. On top of eight 3G/4G modems, the transmitter features a high-efficiency custom antenna array and built-in Wi-Fi modem that ensures quick network acquisition and improved resilience in the field. The system also offers up to two USB ports and Dual Gigabit Ethernet for streaming over LAN/WAN, BGAN, or Ka-band satellite networks. Through the PRO180’s user-friendly intuitive interface, AFP can automatically transmit live videos and photos instantly without any action required by journalists.

Real-time and secured photo coverage are a strategic priority for AFP, and the PRO180 is enhanced to enable fast coverage for both photo and video users. We look forward to working with AFP on the Tour de France 2018 and other major public events that attract a large number of viewers.

To automatically send photos directly from still cameras in the field in real time to AFP servers.

The Solution from AVIWEST

The AVIWEST family of field encoders and bonded cellular and IP uplink’s include sophisticated File Transfer Protocol or FTP capabilities.  For the AFP application for the Tour de France, a local FTP transfer was set up via a local Wi-Fi hotspot created by the AVIWEST PRO series encoder uplink. The Nikon 5D still camera connects via Wi-Fi to the PRO series encoder via FTP protocol.  The camera is set to automatically forward every photograph instantly via FTP. The automatic forward capability of the AVIWEST PRO series forwards the high-resolution still photograph via SafeStreams bonded cellular protocol to the AVIWEST StreamHub receiver at AFP headquarters. The AVIWEST StreamHub receiver performs an automatic FTP push to the photographic ingest server of AFP.

This capability gives the editors of AFP access to photographs taken in the field in real time whereby reducing the time to publish from hours to minutes.

The same technique can be used to transfer fully produced video files from the field to your master control. It is quite common for reporters in the field to shoot footage and then produce a finished 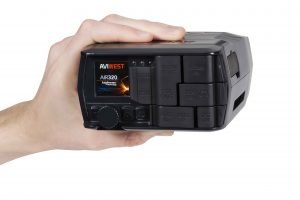 segment on their PC or Mac while still deployed in the field. The old approach is to mail or ship the media file with the footage back to master control or to search for a reliable Internet connection to forward the file.

The videographer sends the file to the local FTP on the PRO or AIR over WiFi or LAN, the PRO will automatically forward it to the station over bonded cellular (absolutely no action is required – the PRO or AIR only needs to be on) then the editor can grab the file from the StreamHub directory (there is a shared network drive to pick the file).  So you don’t need to set up an FTP server on studio or master control side.

When using a Windows computer, a drag-and-drop FTP push connection can be created between the computer and the AVIWEST PRO series Wi-Fi hotspot. All the operator needs to do is drag the produced video file onto the FTP shortcut on the desktop. Vidovation and AVIWEST technical support can help you set up all these functions and capabilities.

Broadcast Live from your MAC, iPhone or Android

When producing live or produced content with your Apple MAC, AVIWEST has a MacOS compatible MOJOPRO app that will run on your Apple computer to automatically push the journalists fully produce file

AVIWEST also has mobile applications including MOJOPRO for Apple iOS mobile phones and MOJOPRO for Android mobile phones.   Videographers can broadcast live over a bonded cellular and WIFI connection from any mobile device.   The MOJOPRO Series is the ultimate video encoding and live streaming software application range available on mobile devices (iOS and Android™) and MacBook® Pro. It allows flawless live streaming of videos, editing video files, adding captions, adding logos and forwarding recorded content from any location over bonded 3G/4G and Wi-Fi connections in just seconds, giving a competitive edge to the user.

With an optimized interface, advanced camera settings, dynamic resolution, and easy-to-use video and audio editing features, the MOJOPRO application range. It allows the creation of video stories in minutes and directly streams it to any video streaming platform or social networks such as Facebook Live or YouTube.