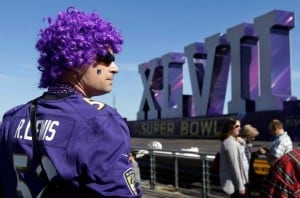 Redundancy and high reliability are so important in any broadcast television systems.  If 100% reliability is required then there needs to be redundant transmissions paths using fiber, telco and satellite from different providers.  Redundancy of power with multiple utilities, generators and backup batteries is paramount in a critical remote broadcast.

As CBS was not completely knocked off the air, I am sure they had redundant systems that permitted the on field announcer to carry the broadcast for a few minutes.   We will learn more in the days to come what really happened but it was nice to see the under dog Baltimore Ravens win a Super Bowl.     I would have had a bigger stake in the outcome if Eli Manning and the NY Giants had made it to the Super Bowl.  Maybe next year.

For redundancy and reliability of broadcast sports and television systems, seek out the technology and services of VidOvation.