The U.S. armed services immediately took advantage of fiber optics to improve its communications and tactical systems. In the early 1970s, the U.S. navy installed a fiber-optic telephone system aboard the USS Little Rock. In 1976, the air force followed suit by developing its Airborne Light Optical Fiber Technology (ALOFT) program. The early successes of these applications spawned a number of military research and development programs to create stronger fibers, tactical cables, and rugged, high-performance components for applications ranging from aircraft to undersea. 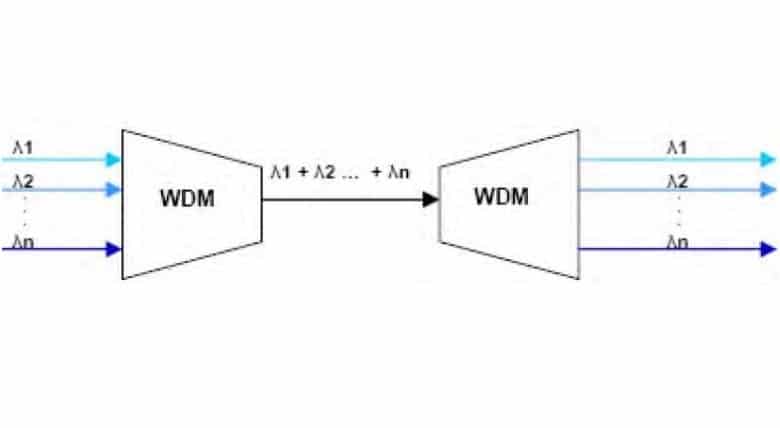 Soon after, commercial applications began to appear. The broadcast television industry was always interested in systems that offered superior video trans- mission quality. In 1980, broadcasters of the winter Olympics, in Lake Placid, New York, requested a fiber- optic video transmission system for backup video feeds. The fiber-optic feed, because of its quality and reliability, soon became the primary video feed, making the 1980 winter Olympics the first use of fiber optics for a live television production in history.

The telecommunications industries took advantage of this new technology. In 1977, both AT&T and GTE created fiber-optic telephone systems in Chicago and Boston, respectively. Soon after, fiber-optic telephone networks increased in number and reach. Network designers originally specified multimode-grated index fiber, but by the early 1980s, single-mode fiber operating in the 1310 nm and later in the 1550 nm wavelength windows became the standard. In 1983, British Telecom’s entire phone system used single-mode fiber exclusively. Computer and information networks slowly moved to fiber. Today fiber is favored over copper due to lighter-weight cables, lightning strike immunity, and the increased bandwidth over longer distances.

In the mid-1980s, the U.S. government deregulated telephone service, allowing small telephone companies to compete with the giant, AT&T. MCI and Sprint led the way by installing regional fiber-optic telecommunications networks throughout the world. Existing natural rights of way, such as railroad lines and gas pipes, allowed these and other companies to install thousands of miles of fiber-optic cable. With this boom, the fiber manufacturer’s output capacity struggled to keep up with the demand of the optical fiber needed to increase bandwidth over greater distances.

In 1990, Bell Labs sent a 2.5 gigabit-per-second signal over 7,500 km without regeneration. With the use of soliton lasers and an erbium-doped fiber amplifier (EDFA), the light pulses maintained their shape and intensity. In 1998, Bell Labs researchers transmitted 100 simultaneous optical signals. Each optical signal was at a data rate of 10 Gbps and was transported for a distance of nearly 250 miles. The bandwidth on one fiber was increased to 1 terabit per second. This was achieved using dense wavelength-division multiplexing (DWDM) technology, which allows multiple wavelengths to be combined into one optical signal.

Figure 6.10-8 illustrates a basic DWDM system. DWDM technologies continue to develop as the need for bandwidth increases. The potential bandwidth of fiber is 50 terahertz or better. DWDM technology has decreased greatly in cost and power consumption over the years. The DWDM laser technology requires strict temperature control and compensation. This makes the device draw high amounts of power and adds to the system costs. Today it is still a rather expensive form of optical multiplexing.

More commonly used in the broadcast television industry is coarse wave-division multiplexing (CWDM). CWDM technology gives the ability for up to 18 simultaneous optical signals on one fiber. This gives a usable bandwidth of more than 70 Gbps. CWDM optics are relatively common that operate at 4 Gbps.

The Federal Communications Commission (FCC) mandated that all broadcasters switch from analog to digital transmission, which provides the capacity for high definition (HDTV). This presented researchers with the challenge to provide high bandwidth fiber- optic transport for HDTV. Beyond broadcast televi- sion, however, consumers are requesting to have broadband services, including data, audio, and video, delivered to the home.