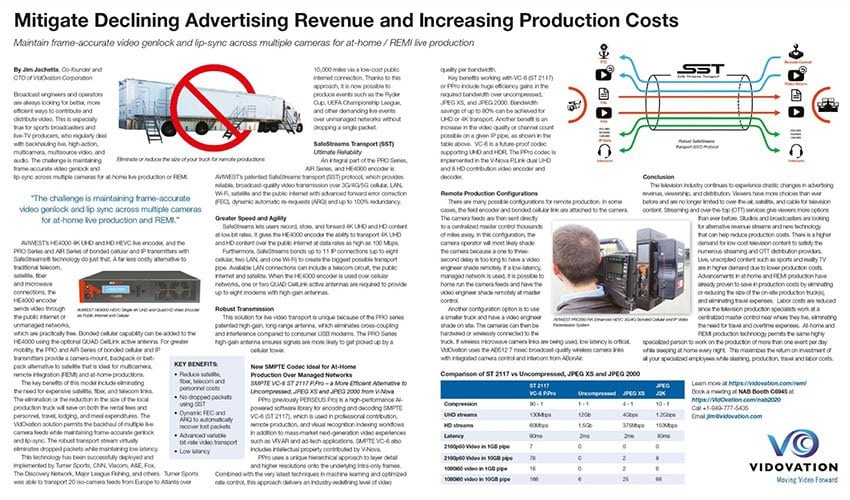 Eliminate or reduce the size of your truck for remote productions

Broadcast engineers and operators are always looking for better, more efficient ways to contribute and distribute video. This is especially true for sports broadcasters and live-TV producers, who regularly deal with backhauling live, high-action, multicamera, multisource video, and audio. The challenge is maintaining frame-accurate video genlock and lip sync across multiple cameras for wireless at-home live production or REMI.

“The challenge is maintaining frame-accurate video genlock and lip sync across multiple cameras for wireless at-home live production or REMI.”

AVIWEST’s HE4000 4K UHD and HD HEVC live encoder, and the PRO Series and AIR Series of bonded cellular and IP transmitters with SafeStreams® technology do just that. A far less costly alternative to traditional telecom, satellite, fiber and microwave connections, the HE4000 encoder sends video through the public internet or unmanaged networks, which are practically free. Bonded cellular capability can be added to the HE4000 using the optional QUAD CellLink active antenna. For greater mobility, the PRO and AIR Series of bonded cellular and IP transmitters provide a camera-mount, backpack or belt-pack alternative to satellite that is ideal for multicamera, remote integration (REMI) and at-home productions.

“Labor costs are reduced since the television production specialists work at a centralized master control near where they live, eliminating the need for travel and overtime expenses.”

The key benefits of this model include eliminating the need for expensive satellite, fiber, and telecom links. The elimination or the reduction in the size of the local production truck will save on both the 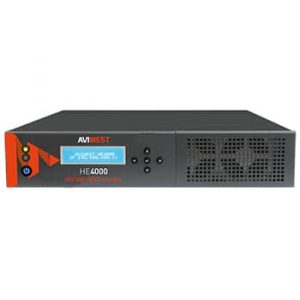 This technology has been successfully deployed and implemented by Turner Sports, CNN, PGA, Viacom, A&E, Fox, The Discovery Network, Major League Fishing, and others. Turner Sports was able to transport 20 iso-camera feeds from Europe to Atlanta over 10,000 miles via a low-cost public internet connection. Thanks to this approach, it is now possible to produce events such as the Ryder Cup, UEFA Championship League, and other demanding live events over unmanaged networks without dropping a single packet.

Furthermore, SafeStreams bonds up to 11 IP connections (up to eight cellular, two LAN, and one Wi-Fi) to create the biggest possible transport pipe. Available LAN connections can include a telecom circuit, the public internet and satellite. When the HE4000 encoder is used over cellular networks, one or two QUAD CellLink active antennas are required to provide up to eight modems with high-gain antennas.

This solution for live video transport is unique because of the PRO series patented high-gain, long-range antenna, which eliminates cross-coupling and interference compared to consumer USB modems. The PRO Series high-gain antenna ensures signals are more likely to get picked up by a cellular tower. 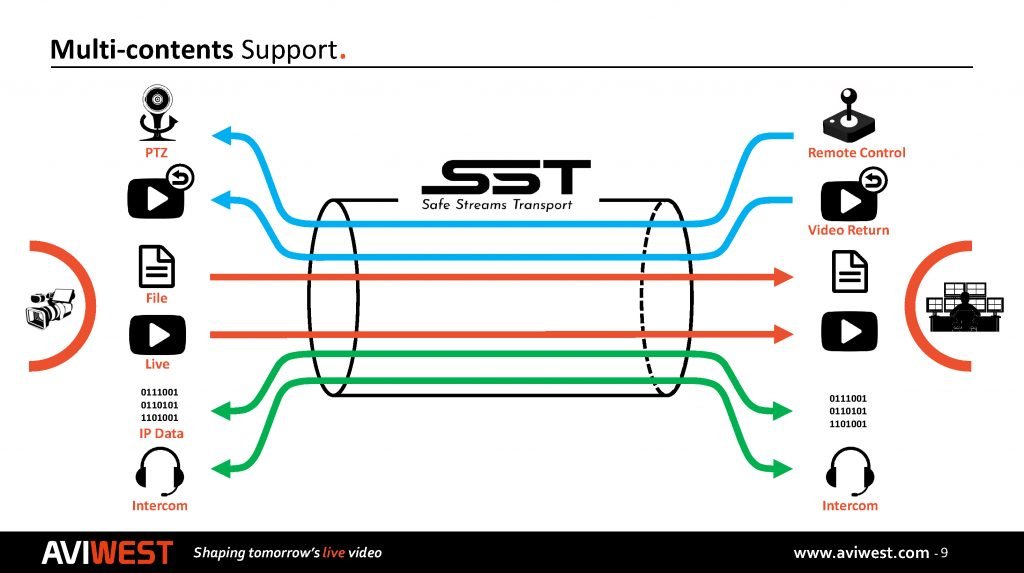 PPro uses a unique hierarchical approach to layer detail and higher resolutions onto the underlying Intra-only frames. Combined with the very latest techniques in machine learning and optimized rate control, this approach delivers an industry-redefining level of video quality per bandwidth.

Key benefits working with VC-6 (ST 2117) or PPro include huge efficiency gains in the required bandwidth over uncompressed, JPEG XS, and JPEG 2000. Bandwidth savings of up to 80% can be achieved for UHD or 4K transport. Another benefit is an increase in the video quality or channel count possible on a given IP pipe, as shown in the table above. VC-6 is a future-proof codec supporting UHD and HDR. The PPro codec is implemented in the V-Nova P.Link dual UHD and 8HD contribution video encoder and decoder.

There are many possible configurations for remote production. In some cases, the field encoder and bonded cellular link are attached to the camera. The camera feeds are then sent directly to a centralized 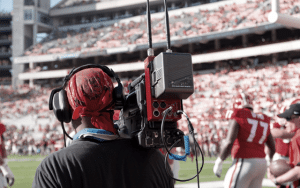 Another configuration option is to use a smaller truck and have a video engineer shade on site. The cameras can then be hardwired or wirelessly connected to the truck. If wireless microwave camera links are being used, low latency is critical. VidOvation uses the AB512 7 msec broadcast-quality wireless camera links with integrated camera control and intercom from ABonAir.

The television industry continues to experience drastic changes in advertising revenue, viewership, and distribution. Viewers have more choices than ever before and are no longer limited to over-the-air, satellite, and cable for television content. Streaming and over-the-top (OTT) services give viewers more options than ever before. Studios and broadcasters are looking for alternative revenue streams and new technology that can help reduce production costs. There is a higher demand for low-cost television content to satisfy the numerous streaming and OTT distribution providers. Live, unscripted content such as sports and reality TV are in higher demand due to lower production costs. Advancements in at-home and REMI production have already proven to save in production costs by eliminating or reducing the size of the on-site production truck(s), and eliminating travel expenses. Labor costs are reduced since the television production specialists work at a centralized master control near where they live, eliminating the need for travel and overtime expenses. At-home and Remi production technology permits the same highly specialized person to work on the production of more than one event per day while sleeping at home every night. This maximizes the return on investment of all your specialized employees while slashing production, travel and labor costs.