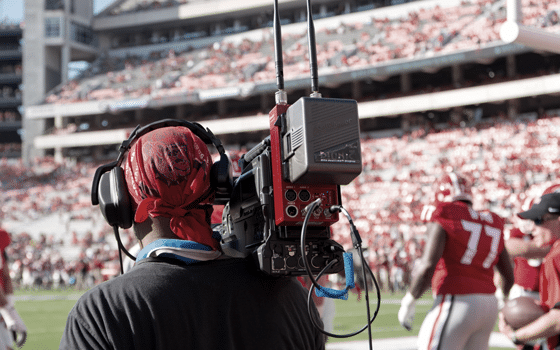 VidOvation announced that an NFL team has deployed the ABonAir AB512™ wireless camera system with integrated camera control, paint, and intercom to transmit 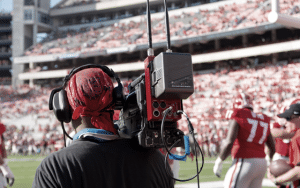 signals with great reliability and flexibility within its stadium during NFL broadcasts.

“Reliable and low-latency wireless is critical when sending live in-house video feeds to the big screen, yet it can be very difficult to achieve in a stadium filled with people. The ABonAir AB512 is the only system that not only succeeds but excels in this challenging application and environment, said Jim Jachetta, executive vice president and chief technology officer at VidOvation.  “The AB512 system feeds live, extremely low-latency video to the in-house production workflow — seven milliseconds instead of 30 to 90. The AB512 is a great choice for sports venues because it provides superior wireless performance and the industry’s best video quality at a significantly lower cost than comparable systems.”

In addition to holding regular NFL games, this stadium has hosted several NFL championships and other high-profile events to capacity crowds, making wireless camera coverage a challenge because potentially tens of thousands of people are also using the wireless network. The AB512 replaces the venue’s legacy wireless system, the high latency of which made camera control and production very difficult and sometimes caused glitches in the broadcast. 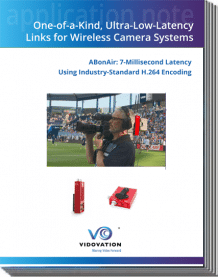 The AB512 system operates on the unlicensed 5-gigahertz RF band. The system continuously scans that spectrum looking for a channel with the best performance and will dynamically change channels without dropping a single bit. The system uses multiple ABonAir Fiber Coverage Extenders to support unwavering wireless RF coverage throughout the nearly 70,000-seat venue — on the field, in the stands, and more — over fiber-optic cable instead of bulky coax. Importantly, the transmission happens at an industry-low seven-millisecond delay instead of the 30- to 90-millisecond latency of other wireless systems. This low delay enables the team’s camera crews to transmit video directly from cameras to its media center or OB trucks wirelessly without interruption.

The wireless coverage can be easily expanded at any time for coverage outside the venue to capture tailgate and fan activity in and around the venue. The AB512 system can support up to 256 Fiber Coverage Extenders, providing a virtually unlimited coverage area.

The one-of-a-kind ABonAir AB512 wireless video link reduces delay to a mere seven milliseconds for live event coverage, multicamera productions, and any other application in which latency of two to six frames or 30 to 90 milliseconds is unacceptable. Such low latency makes it possible to produce multicamera and live shows without worrying about lip sync problems caused by the lag or delays from the simultaneous operation of multiple cameras. The system features an RF spectrum analyzer that automatically selects and hops to the best RF channel without dropping a single bit, while modulation and bit rate adapt themselves based on RF link conditions. Users get long-range, high-performance, broadcast-grade transmission of live video at distances up to two miles.

The team’s new AB512 wireless camera system will be operating in time for the start of the next NFL season.

More information about the full VidOvation product line is available at www.vidovation.com. 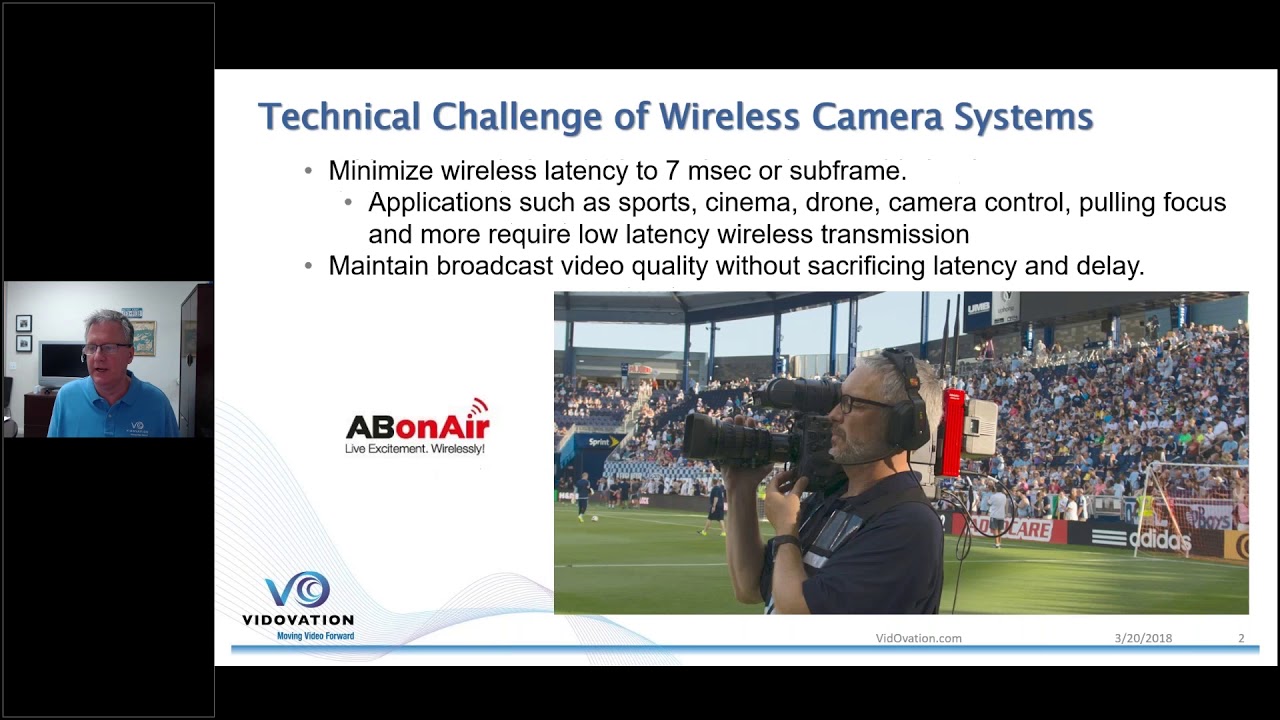 About VidOvation
VidOvation is a leading provider of video, audio, and data transmission and distribution systems for the broadcast television, sports, corporate AV, and government markets. Encompassing bonded cellular, wireless video, video streaming, video networking, encoding, IPTV, and fiber-optic communications systems, VidOvation solutions improve video transmissions by removing the frustrations of signal loss, latency, interference, noise, and security issues. VidOvation excels in helping its clients integrate custom solutions into existing infrastructure, with the ability to satisfy almost any application or budget. The company applies proven expertise to the complete project life cycle — from project consulting and management to engineering and design, to warranty and support. Learn more about how VidOvation is moving video forward at vidovation.com.

All trademarks appearing in this document are the property of their respective owners.