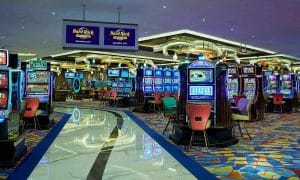 What is Video Networking & IPTV?

Internet Protocol television (IPTV) is a system through which television services are delivered using the Internet protocol suite over a packet-switched network such as the Internet, instead of being delivered through traditional terrestrial, satellite signal, and cable television formats. It’s advantage is that it’s very cost effective, flexible, and highly interactive IPTV services may be classified into the three following groups.

Historically, many different definitions of IPTV have appeared, including elementary streams over IP networks, transport streams over IP networks and a number of proprietary systems. One official definition approved by the International Telecommunication Union focus group on IPTV (ITU-T FG IPTV) is: “IPTV is defined as multimedia services such as television/video/audio/text/graphics/data delivered over IP based networks managed to provide the required level of quality of service and experience, security, interactivity and reliability.”

Another more detailed definition of IPTV is the one given by Alliance for Telecommunications Industry Solutions (ATIS) IPTV Exploratory Group on 2005: “IPTV is defined as the secure and reliable delivery to subscribers of entertainment video and related services. These services may include, for example, Live TV, Video On Demand (VOD) and Interactive TV (iTV). These services are delivered across an access agnostic, packet switched network that employs the IP protocol to transport the audio, video and control signals. In contrast to video over the public Internet, with IPTV deployments, network security and performance are tightly managed to ensure a superior entertainment experience, resulting in a compelling business environment for content providers, advertisers and customers alike.