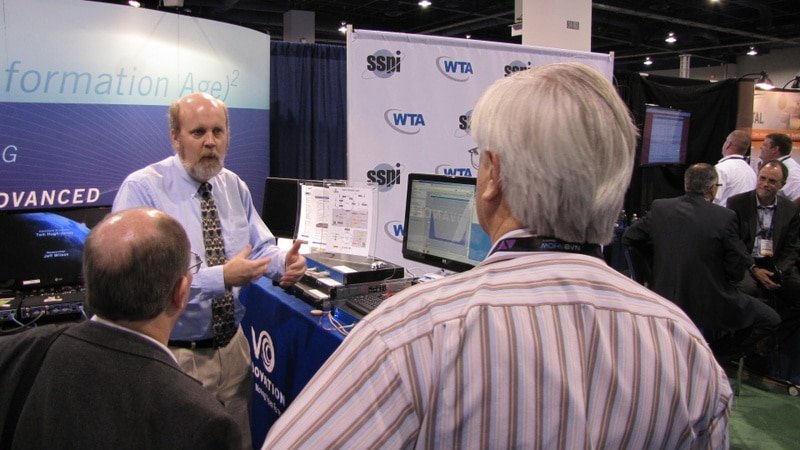 VidOvation CTO, Jim Jachetta, remarks on the upcoming presence at the show, “VidOvation’s goal is to help people solve problems. If you are dealing with a problem that might be best solved with video transmission & distribution, we can help design a cost effective system. If there’s a better way to meet that goal, we will guide you in the best direction. At CCW, we are accepting meetings in booth 1442 to discuss both simple and complex video transmission projects.” VidOvation also accepts such meetings online as well.

VidOvation has built a name for itself by crafting creative ways to transmit video, such as the 60 GHz system they developed for the National Hockey League and also by educating broadcasters on upcoming and important technologies. Last year, Jim presented “Achieving 10Gbps Wireless Data Rates for 4K Video with Unlicensed 60GHz Spectrum” at NAB’s Broadcast Engineering Conference. Broadcaster’s often turn to VidOvation for their expansive educational materials on video transmission by seeking out their complementary Video Transmission E-Books.

VidOvation will also have some IPTV products on display in booth 1442 at CCW 2015. VidOvationTV has been deployed in major network facilities and is also well suited for enterprise networks as well. Using an existing internet protocol network, a VidOvationTV IPTV system can be deployed and managed easily, lower costs tremendously and enable many new future-proof possibilities such as live video contribution and distribution to desktops and smart devices. As an educator on the topic, VidOvation recommends that readers take a look at the Top 14 IPTV mistakes to Avoid.

Wireless video transmission is another highlight in booth 1442. Between the VidOlink Reacher, VidOlink Ranger & the VidOlink Ranger2, there is a way to move wireless video effectively for electronic news gathering, sports broadcasts, video assist and on-set monitoring, unmanned aerial vehicles, military operations and more. Additionally, VidOvation has recently released the VidOlink Tally & Control to easily add tally and camera control (CCU) functionality to those who are already moving an HD video signal.

VidOvation – Moving Video Forward, is a leading manufacturer of Video, Audio and Data Communications Systems to the Broadcast Television and Sports, Corporate AV, and Government markets with 50 years combined experience. They help with the frustrations of dropouts, latency, interference, noise, and security issues with video transmission. VidOvation can meet almost any application or budget with their Wireless Video, Video Streaming, Video Networking and Fiber Optic Communications Systems. The company excels in helping its clients integrate custom solutions into existing infrastructure. They have proven expertise to help clients from start to finish – from project consulting and management, to engineering and design, to warranty and support. Learn more at vidovation.com or call +1 949-777-5435.