Universal Modulator that’s unique design is the most capable Hybrid on the market.

Up to 8 Channels of HDMI or SDI inputs allow you to select either or in the options menu on the simple and creative GUI. This modulator by Thor has independent input cards for flexibility for Digital Modulation because it eliminates the need for HDMI to SDI or SDI to HDMI converters. Simply select which source you want to use and input the channel frequency creating an automated encoding headend device that can clean up your headend and modulation distribution infrastructure.

Each channel can individually be selected as an HDMI or SDI input, it could be switched on the fly using front panel buttons or Thor’s dynamic proprietary Web interface. Each of the 8 channels of RF output can be set totally independent as a frequency AND modulation standard. For example, you can input 4 channels as HDMI and set to QAM output and then input 4 channels of SDI and as ATSC output. This flexibility that hasn’t been seen before on the market creating a whole new generation of standard for encoder modulation products

The New THOR HYBRID Modulator has an NMS port and LCD display with simple D-Pad buttons for control and easy setup on the fly. It includes and supports the majority of modulation standards found in the world; For example: Clear QAM Annex A and Annex B, ATSC-8VSB, DVB-T, and ISDB-T. The Hybrid modulator supports MPEG2 video encoding up to 25Mbps/channel, Audio AC3 or MPEG1 Layer 2, and AAC, Thor’s world-famous, low Latency, and VCT -Virtual Channel Numbers for increased for flexibility. Each CATV RF channel can be set individually, so it does not have to be in a linear 8ch block, feel free to spread out your new custom RF channels all over the existing RF spectrum in your modulation lineup. 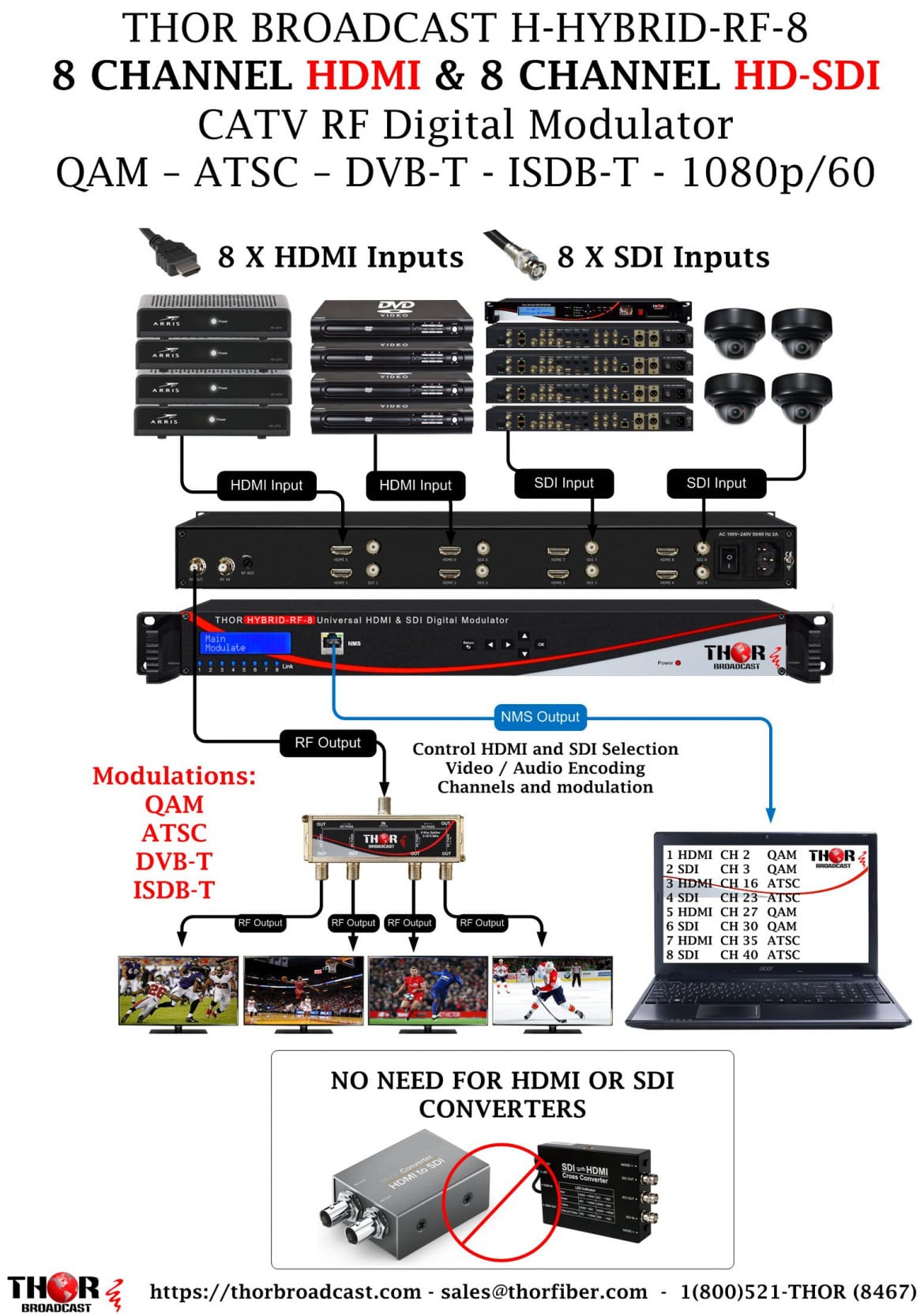 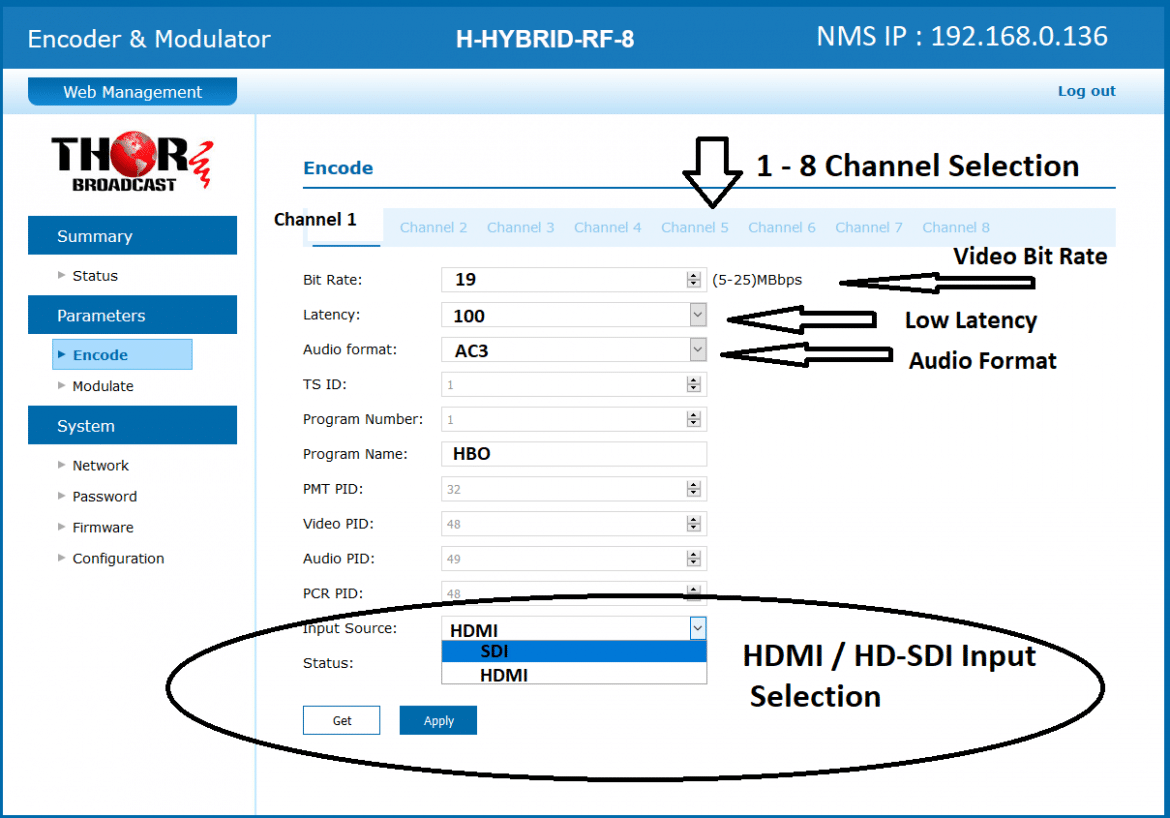 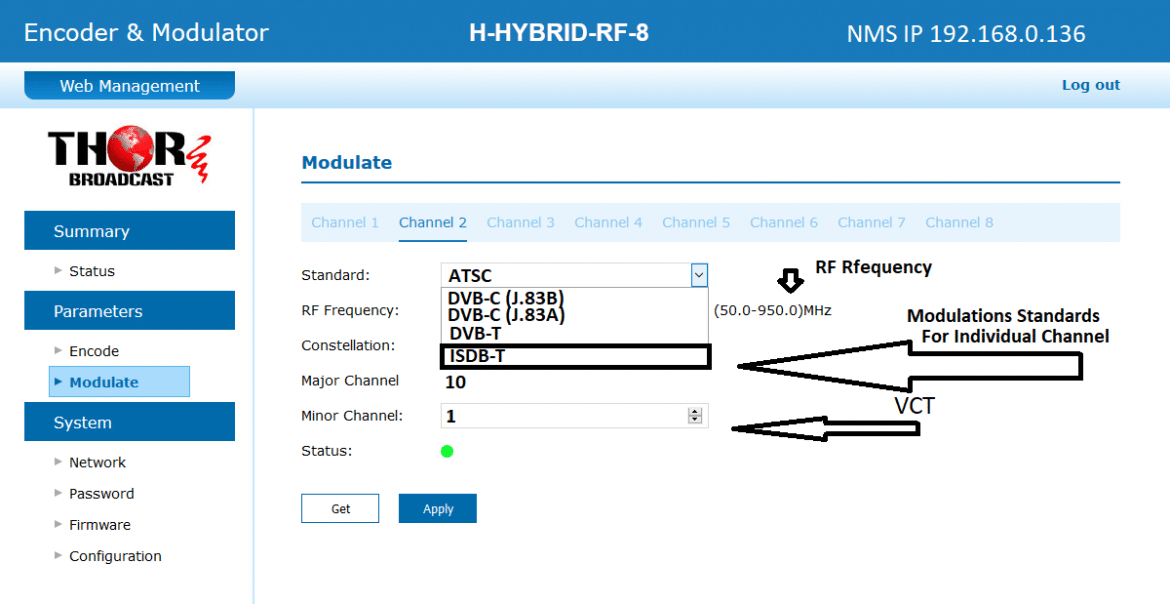